Here is the Chinese imitation of the Range Rover Evoque 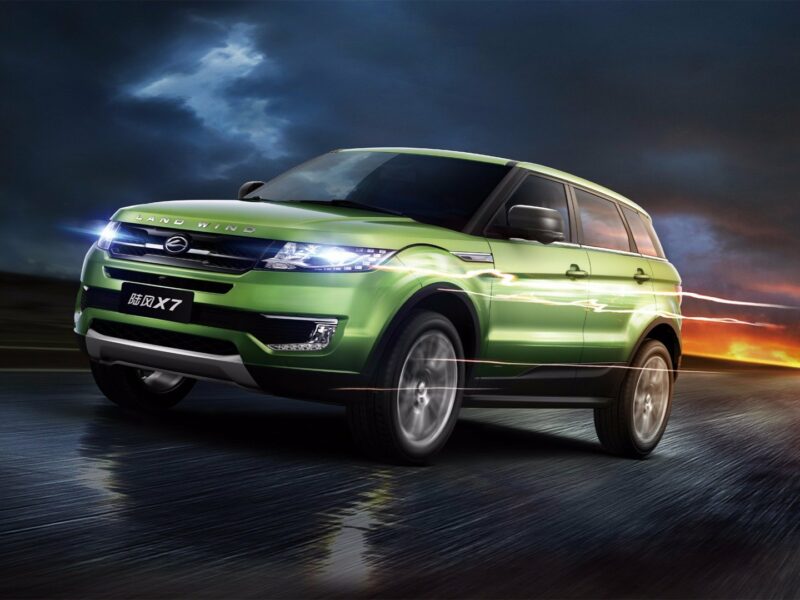 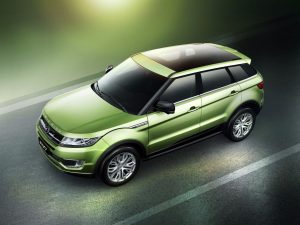 The Range Rover Evoque is a major cog in Jaguar Land Rover’s expansion into China.
Last week, a speed bump in JLR’s China plan appeared in showrooms in the form of the Landwind X7. This is because — aesthetically — the X7 is virtually indistinguishable from the Evoque. And it looks as if the Chinese carmaker has a fair number of customers waiting to take delivery of the X7.

According to Bloomberg, 5,500 buyers have put down deposits for an X7, which sells for roughly $21,700. That’s only fraction of the $65,000 to $90,000 it takes to drive home in an authentic Evoque in China. “We do not want to comment on the specifics relating to Landwind X7,” a Jaguar Land Rover representative told Business Insider in an email. “But it’s safe to say protecting our intellectual property is something we take very seriously.”

The Chinese crossover first appeared in November 2014 at the Guangzhou Auto Show in southern China. At the show, Jaguar design director Ian Callum tweeted out photos of the X7 while wryly pointing out the similarities between the Landwind and the Evoque.

The Chinese Evoque facsimile appeared again in April at the Shanghai Auto Show, where it drew the ire of Jaguar Land Rover — a subsidiary of India’s Tata Group. “I really regret that all of a sudden copy-paste is coming up again,” Jaguar Land Rover CEO Ralf Speth told the press at the Shanghai Auto Show. “That will not help the reputation of China, of Chinese industry at all.” 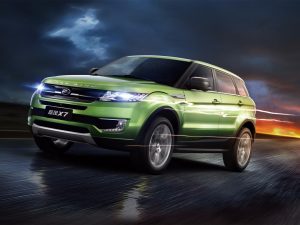 JLR, however, believes China’s intellectual-property laws will not be able to provide the company with sufficient legal recourse. “There are no laws  to protect us, so we have to take it as it is,” Speth told reporters in April. “In Europe, we can be protected against this kind of copy-paste in the design language, in the features but also the technology.” “You can’t be protected in China,” Speth added.

But with a large difference in price between the two cars, it’s debatable that someone in the market for the Landwind could afford the Evoque, which costs three to four times as much. And someone in the market for a $90,000 Range Rover is unlikely to be appeased by an imitation. As a result, direct financial damage to JLR because of lost sales is likely to be minimal.

Where Jaguar Land Rover is likely to suffer damage from a Chinese copy of the Evoque, however, is from the dilution of its trademark and design. JLR has spent hundreds of millions of dollars to design and develop the look, feel, and performance of the Range Rover. That is in addition to the countless millions the company has poured into marketing and building up the value of its trademark. The presence of a knockoff could fool some less sophisticated buyers into believing the Chinese derivative is somehow related to Range Rover. 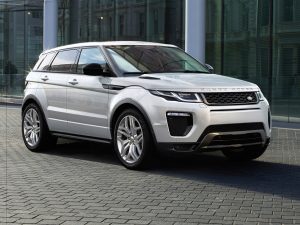 Landwind, a joint venture between China’s Changan Auto and Jiangling Motors, produces a series of SUVs sold predominantly for the Chinese domestic market. Landwind did make history in 2005, however, when it became the first Chinese automaker to export its vehicles to Europe.
The 1989-1998 Isuzu Rodeo-based X6 was imported to the Netherlands for a short time, but it didn’t sell well after news surfaced of the car’s spectacularly poor showing at Germany’s ADAC crash tests, scoring a zero out of five.

The company’s most expensive offering today is the two-door X9 priced at $23,500. The X9 is based on the discontinued Isuzu Amigo. According to Car News China, Landwind is producing the vehicle under license from Isuzu.

Original Post by Benjamin Zhang of the Business Insider 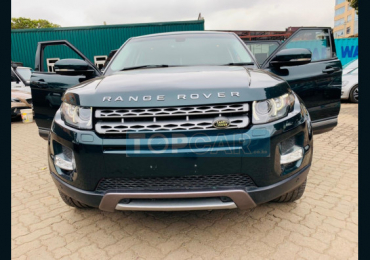