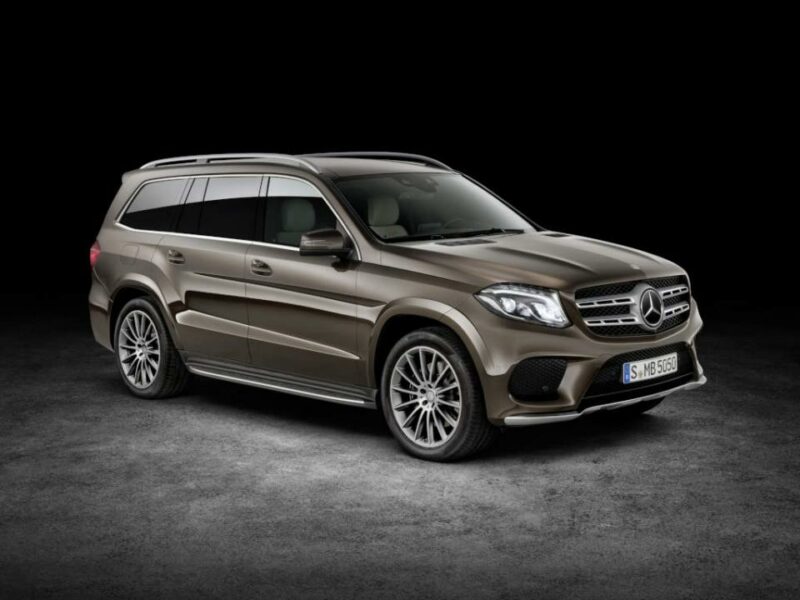 The new seven-seater luxury GLS-Class represents the new pinnacle of the Mercedes-Benz SUV range and will be aiming to upstage the current Range Rover, the Volvo XC90 and the Toyota Land Cruiser when it officially goes on sale, early next year.

Mercedes had hoped to give its biggest car — it’s 5.1m long and just short of 2m wide — a similarly large promotion push. However, thanks to the porous nature of the internet, images and specifications regarding the GLS have been seeping out over recent days, so the company has moved everything forward.

On first glance, the new car isn’t that different from the outgoing GL-Class (the model and nameplate it’s replacing) but look closer and the lines are sharper and stronger. The headlamps and more prominent grille reflect the company’s new design language, and the SUV certainly has more presence. Its physical dimensions also mean that it’s 131mm longer than a standard Range Rover and has 180mm over the Volvo XC90. 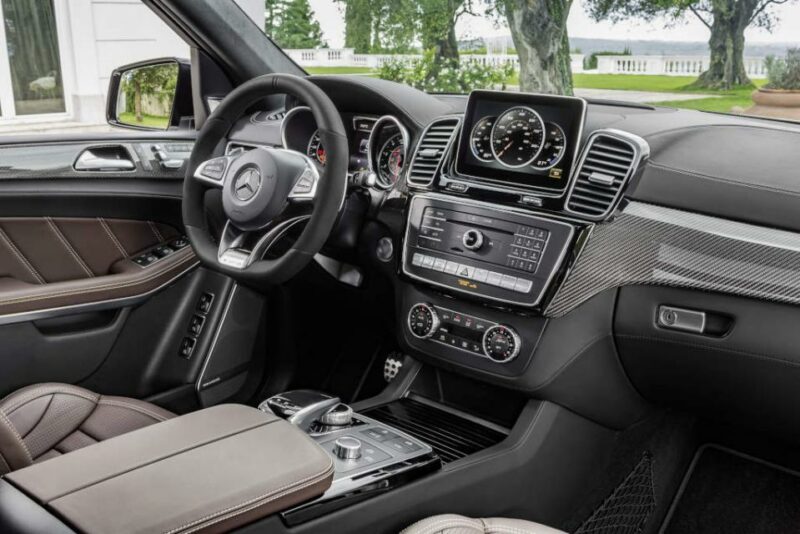 But even in the luxury SUV department, size isn’t everything and therefore the GLS saves its trump cards for its interior and its active safety systems. Over the past 40 years, the Range Rover has shown it knows how to appoint an interior with wood, leather and aluminum for optimum opulence, but when it comes to things like collision prevention systems, intelligent handling features, and semi-autonomous driving aids, Mercedes is in a class of its own. To highlight the amount of technological toys on board and the attention to interior detail, Mercedes has added an ‘S’ to the car’s name to evoke an association to its S-Class executive sedan.

And from active lane keeping to clever heated windshield wipers that de-mist, de-ice and evenly spray water across the glass when in use, the GLS is basically an S-Class with room for two more passengers and the ability to leave the beaten track.

To ensure that passengers are comfortable when the going gets rough, the GLS can be specified with Active Curve System, this puts an equal and opposite pressure on suspension during sharp maneuvers or in corners so that the body doesn’t rock about. For those owners that really do want to push things to the off-road limits, the GLS can also be ordered with a low-range gearbox.

As for engines, the range-topping AMG GLS 63 will offer 585hp. But for those that want performance and practicality, a 455hp twin turbo V8, a 333hp turbocharged V6 and a V6 diesel offering 258hp and 620Nm of torque are also available.