The  Subaru Trezia is a compact hatchback that was in production from 2010 to 2016 and is the same as the Toyota Ractis. In 2008, Subaru entered into a partnership with Toyota and its subsidiary Daihatsu Motors giving it access to Toyota Ractis among others. Consequently, it was rebadged and sold as the Trezia to fill the gap that was left by the Impreza which was upgraded to a higher class.

Similar to the Toyota Ractis, the Subaru Trezia employs two engines: a 1.3-Litre 1NR-FE engine and a 1.5L 1NZ-FE engine which only come with a CVT Transmission and are available in either 2WD or 4WD. 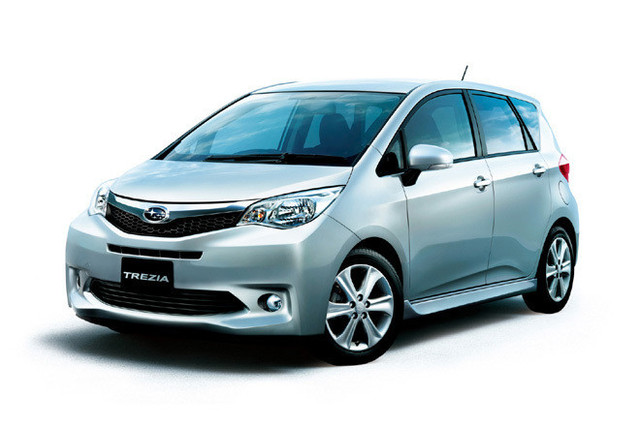