Toyota Coaster Prices below are generated in real time from listings on Topcar Marketplace. Click on each link to see the cars on sale. 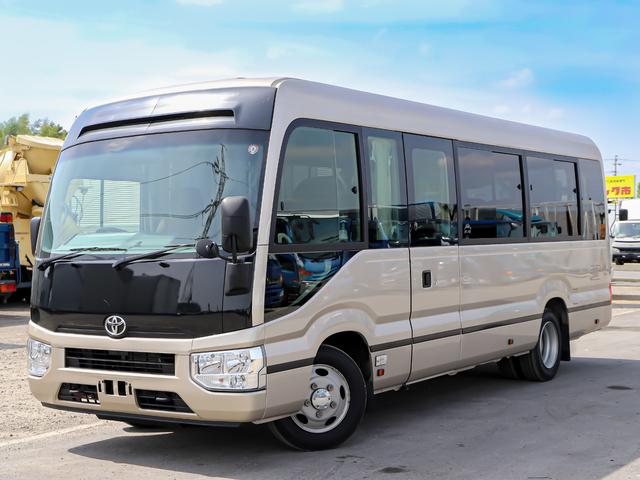 The Toyota Coaster is a long running series of buses that are manufactured by Hino Motors which is a commercial subsidiary of Toyota. The fourth generation entered the market in 2017 after an uninterrupted 24 year run by the previous third generation. The Fourth generation Coaster is much advanced in many aspects such as a body structure that uses an annular skeleton that connects the roof, side surfaces and the floor to offer a high rigidity body that conforms to current global safety standards for buses. This protects the occupants in the event of a rollover. Other features include Vehicle Stability Control(VSC), driver and passenger airbags and seatbelts with pretensioner.  It competes with the Mitsubishi Rosa and Nissan Civilian. In Kenya, the Toyota Coaster is mainly used in tourism and executive transport operations.