The Suzuki Every is the passenger van version of the Suzuki Carry which has been in production since 1961. It was not until 1982 that Suzuki made a clear distinction between the two cars and the Every got its own identity. This was the Suzuki Carry’s seventh generation and the Every’s first generation. Though it made its way into the Kenyan market a few years ago, this van is loved both in Japan and around the world for its large carrying capacity and great fuel economy. 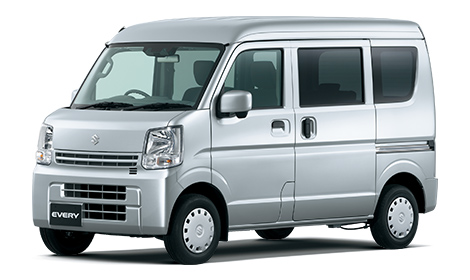 The Suzuki Every has quite an interesting look. Unlike most vans, it has maintained a vintage look throughout the years making only a few changes to its design. The angular design gives it a pretty cramped interior with a seating capacity of 5 people. Additionally, the seats are upright which can be uncomfortable especially for long-distance drives. However, the back seats are foldable which adds more boot space for carrying cargo. The interior also has nice, upscale finishing with a monochrome cabin, clean dashboard, and modern features. Its fairly spacious cabin makes the Suzuki Every perfect for large families or commercial use.

Suzuki Every Maintenance Costs In Kenya

The Suzuki Every is an economical and easy to maintain car that is suitable for small businesses. Service parts and body parts are well available in Kenya and prices are affordable. You can find listings for this shops in this link

Suzuki Every Reliability In Kenya

The Suzuki Every comes with two engine choices; a 660cc naturally aspirated DOHC VVT and a 660cc DOHC intercooler turbo VVT. The naturally engine is simple with minimal problems. The turbo engine requires extra care and it can develop problems if poorly maintained. Below are the commonly reported problems with the Suzuki Every

Suzuki Every Alternatives you can buy in Kenya: Mitsubishi Delica D2, Honda N-WGN

Price of the Suzuki Every in Kenya and where to buy it: https://cars.topcar.co.ke/vehicles/suzuki/every

Import the Suzuki Every in Kenya: https://topcar.co.ke/import-your-car/