The Toyota Gaia is a 7 seater minivan that was built purposely to compete with the Honda Odyssey that was wildly popular at that time. It was developed on the Toyota Ipsum platform and was in production from 1998 to 2004. It comes with 3 engine options; a 2.0-Litre 3S-FE petrol engine, a 2.0L 1AZ-FSE petrol engine and a 2.2-Litre 3C-TE diesel engine. These are linked to a 4-Speed Automatic Transmission and available in both 2WD and 4WD. The Gaia was succeeded by the Toyota ISIS

Where to buy the Toyota Gaia in Kenya: https://cars.topcar.co.ke/ 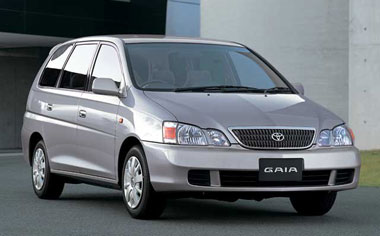