The Toyota Raum is an unusual car that can be classified neither as a hatchback, station wagon nor MPV depending on how you look at it. It comes with dual sliding doors at the rear which is usually reserved for MPVs. The first generation was in production from 1997 to 2003 and it was built on the Toyota Starlet platform. The aim was to make a human friendly compact that is enjoyable to drive and comfortable. It comes with a 1.5L 5E-FE engine that is linked to a 4-Speed automatic transmission.

The second generation was in production from 2003 to 2011 and was built on the newly developed NBC platform that is shared with the Vitz. Its offered with a 1.5L 1NZ-FE engine that is linked to a 4-Speed Super ECT transmission. Its production ended in 2011 and it was succeeded by the Toyota Spade. Other Alternative you can buy in Kenya include the Toyota Porte and Honda Freed

Where to buy the Toyota Raum in Kenya: https://cars.topcar.co.ke/vehicles/toyota/raum 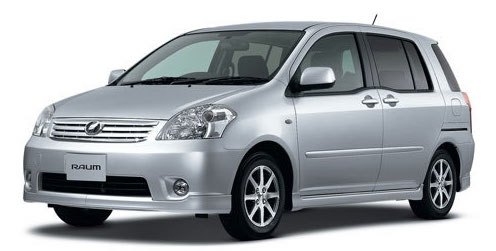