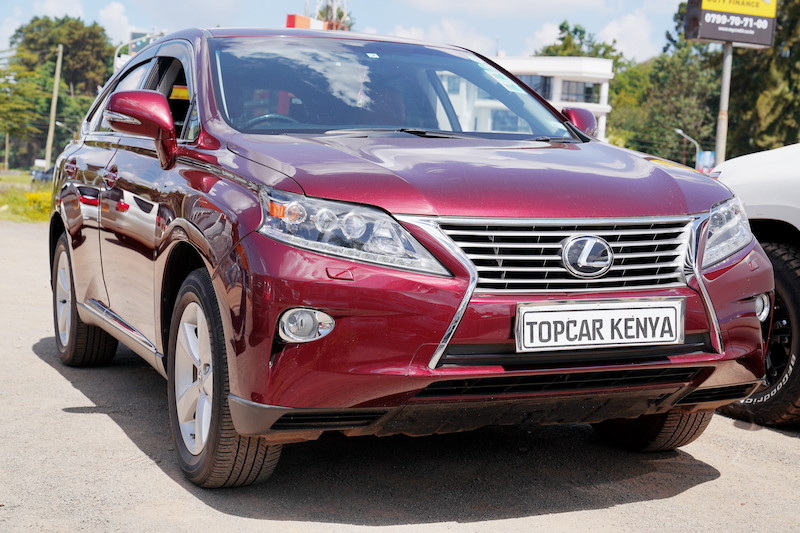 The Lexus RX is popular in Kenya and is well known for its close resemblance to the Toyota Harrier with which it shares a common heritage. Lexus introduced the RX in a bid to boost sales and offer competition to the SUV market that was heavily dominated by German cars. It was released alongside the Toyota Harrier which targeted the Japanese Domestic Market while the RX targeted the North American market where it became an instant hit. It competes with the BMW X5, VW Touareg, Mercedes M-Class, Audi Q5, Porsche Cayenne and Volvo XC60.